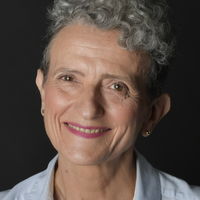 Paul Newton is today one of the most acknowledged Feldenkrais trainers in the world. Serving as Educational Director for Feldenkrais Teacher Training programs across Europe, Paul runs programs in Spain, France, Germany, Portugal, Sweden and China. He works as a guest trainer throughout Europe, as well as in Japan, Australia, Mexico and Argentina. Though originally from the US, his international trajectory makes him more of a citizen of the world.

In the early years, he studied Psychology with a focus in Gestalt Therapy. Realizing that psychological stability is in no way different from physical stability, as well as the fact that every emotion has its somatic component and cannot be inhabited without its somatic counterpart, led him eventually to the Feldenkrais Method.

Pursuing his passion for movement and its emotional and sensational qualities, he bounced between Europe and New York – studying at the Merce Cunningham Studio (considered one of the greatest American dancers and choreographers). After seeing Pina Bausch perform, he took a free year to study the performing arts at the Folkwang Hochschule in Essen, Germany.

Yet he found his true home in the Feldenkrais Method, saying “This is what I’d been looking for all that time.”

Paul completed his training in San Rafael, CA in 1987 and has since worked extensively with each generation of trainers trained by Moshe in Tel Aviv, San Francisco and Amherst. After becoming an assistant trainer in 1992, he worked in his early years extensively with Elizabeth Beringer (San Francisco), Larry Goldfarb (Amherst) and Mark Reese (San Francisco). He became a Trainer in 2001.

Mark Reese was one of Paul’s main mentors. Very articulate and an incredible mind, he was considered to be a genius in delivering FI practice, which Paul absorbed as much as he could. Through Mark’s guidance Paul learned the “language of FI”: “It’s like learning a foreign language, which at a certain point one becomes fluent in.” Paul is certainly a genius of Functional Integration in his own right and relies on over thirty years of teaching the Feldenkrais Method internationally.

Upon receiving his trainer certification, Paul took over the German Teacher Training Program in Bavaria when Mark couldn’t continue teaching. Simultaneously, he co-directed another program in Germany with Stephen Rosenholtz, PhD (Amherst), who he attributes to learning the leadership skills necessary for directing programs as an Educational Director. After moving to Paris, he next worked extensively with Myriam Pfeffer (Tel Aviv), who completed an arc of mentorship over more than a decade during her later years of life.

As a trainer, he is well known for his personal teaching style, which is very open and clear. He is also known for accessibility to his students and participants, supporting them throughout their learning process.

Paul is the Educational Director of our Trainings in Madrid, San Sebastian, Málaga, Lisbon and Stockholm.